Year 5 and 6 pupils had an inspiring trip to the Copper Box, at the Olympic Park, to watch international netball. The girls were treated to two fantastic games in the Nations Netball Cup where New Zealand beat South Africa, but sadly England narrowly lost to Jamaica. 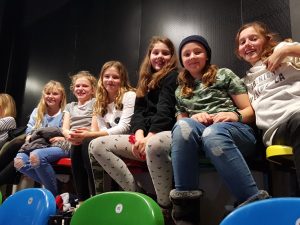