Did you know Micklefield has achieved some fantastic rugby results this year!

This week our U11 team finished joint top at the Kingswood House tournament. They played four games in the group, winning three and drawing one. They then played off against the other joint top team and had a narrow 2-0 defeat. The boys played some exemplary rugby during the afternoon, showing brave tackling and excellent play. 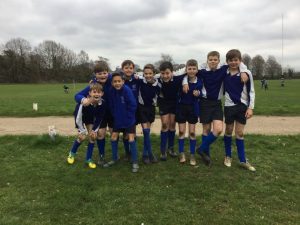