Winners of Under 10s Football Tournament

Congratulations to our football team for winning the Under 10s football tournament that took place at Reigate St. Mary’s on the weekend. The team won all of their games and reached the final where they scored four goals having not conceded a single goal throughout the tournament. The Year 5 team were presented with the tournament shield.

Mr Ardé, Headmaster of Micklefield School, who attended the tournament commented: “The children played exceptionally well during the tournament and I was really impressed with our pupils’ conduct throughout. They were great ambassadors for the school! Our Year 5 team is going from strength to strength and we are very grateful for the excellent training they receive from our specialist teachers.” 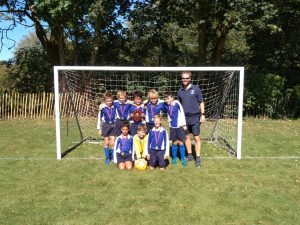