It has been a great week for sport at Micklefield with good progress made and impressive teamwork. Special mention this week goes to both the A and B U11 netball teams who played in a versatility tournament at Aberdour. This is where everyone switches positions after every game. The B team worked hard and finished 5th in their tournament. The A’s played 6 matches, winning 4, drawing 1 and losing 1. They finished second and truly showed their versatility! The boys also played some fantastic football this week in some tough matches against St. Andrews, Belmont, Hawthorns and St.Michaels. Well done all! 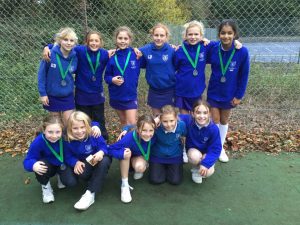