Congratulations to Evie for winning the Poetry Live! competition in the Year 6 category, for her performance of ‘The Adventures of Isabel’ by Ogden Nash. The competition held at Caterham School involved every Year 5 and 6 pupil from seven schools across Surrey and Kent, learning and reciting poetry. All four pupils who went through to the final – Lyla, Lauren, Filipe and Evie, put on fantastic performances and were very supportive of each other throughout the event.

They also enjoyed taking part in a poetry workshop run by the judge, Aisling Fahey, an accomplished poet. Aisling has performed in England, Ireland, America and India, including at the Barbican, the Houses of Parliament and Glastonbury. She was Young Poet Laureate for London from 2014-2015 and has appeared on Front Row, BBC Radio 4, The Robert Elms show on BBC London and ITV London Tonight.

It was certainly an experience they will never forget! 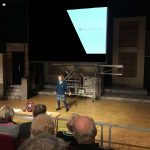 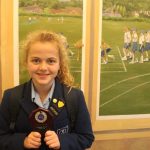 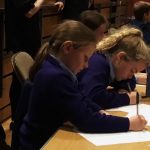 By:
November 20, 2018
Future’s Bright for Former Micklefield PupilsMaking a difference