Our Under 9 team took part in some exciting netball matches against Reigate St Mary’s School last night. They played some lovely netball, moving the ball well down the court and making some great interceptions.

The Under 9 A team won by 5 goals to 3 and the B team started the game well and were winning by 1 goal to 0 after the first quarter. RSM then started to play some good netball and went on to win by 5 goals to 1.

Well played all. Mrs Copeman is a happy coach!! 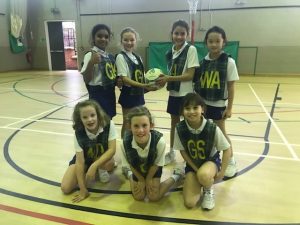