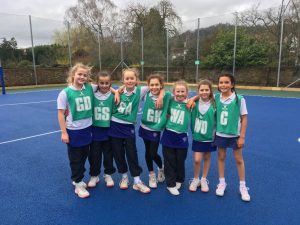 Following the girls’ success last week, coming 2nd at the IAPS netball tournament, our netball champs have gone on strength to strength this week in both their Home and Away matches. The level of play has been simply outstanding!

Last night at the Caterham School tournament they came third out of ten teams narrowly missing second place by a couple of goals. Along the way they won matches against The Granville, Old Palace, Burgess Hill, Derwent Lodge, Russell House and St Michael’s and drew with Holden Oaks. A brilliant team performance!

At home the A team also succeeded against Reigate St Mary’s School with a fantastic score of 16-3 and the B team winning 6-0!

Our netball coaches are super proud! As Mrs Copeman says: “Not only has the netball been fantastic but the girls attitude, determination and support of one another is second to none! Your next schools will be very lucky to have you!”

By:
March 8, 2019
Watch your child thrive…New Head for Micklefield