Micklefield on ITV ‘Brothers in Football’ this week

Our sports teacher, Mr Bracken and a Micklefield School PE lesson, is to feature in the ‘Brothers in Football’ documentary on ITV, this Thursday 21st November at 11pm. Don’t miss it!

This time last year, there was much excitement as the film crew for BT Sport filmed at Micklefield for the documentary, ‘Brothers in Football’. The documentary focusses on the link between England’s highest ranked amateur football team, Corinthian-Casuals and the biggest football club in South America, Corinthians Paulista. We are lucky to have Mr. Bracken, who plays professionally for the Corinthian-Casuals, teach football at Micklefield School.

Mr. Bracken was given the opportunity to complete a tour of Brazil and play against Corinthians Paulista on live TV, in front of a crowd of 30,000 spectators! Whilst in Brazil, a film crew followed the team throughout the week as they visited favelas, a children’s hospital and attended various events. The film crew continued to follow the working lives of some of the players, including Mr. Bracken and wanted to capture him teaching our children during a PE lesson in school. 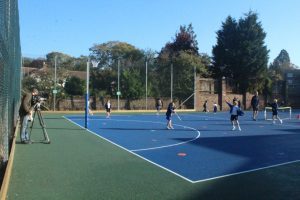