Our Year 3s were transported back to Roman times this week by ‘History Off The Page’. The children arrived in 60 AD when the Romans occupied Britain. At a time when the widowed Iceni queen, Boudica, seeks to overthrow Roman rule – as do the Trinovantes.

The children took part in Roman workshops, dressed in full Roman costume. They created mosaics, wax tablets, fresco paintings, scented potpourri bags and made brooches with Roman indentations and clay bead jewellery. As the children worked, news arrived that Boudica is winning important battles, including destroying Colchester, London, St Albans and the IX Legion’s infantry.
This required problem solving to work out what would happen to the IX Legion? Will the fort be safe?

In the afternoon they took part in the most elegant of Roman banquets to celebrate their win against the Celtic Queen of Iceni, Boudicca. Pupils demonstrated a Roman style dance performance that they choreographed, enjoyed a banquet served by their fellow slaves and displayed some impressive ‘turtle’ battle formations during a Roman drill. A big thank you to’History Off The Page’ and our parent helpers for contributing to such a magnificent day. It was unforgettable! 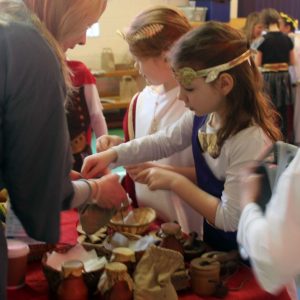 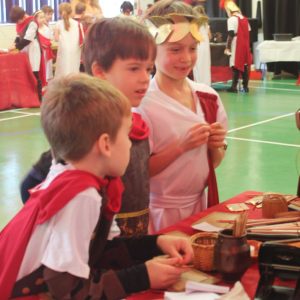 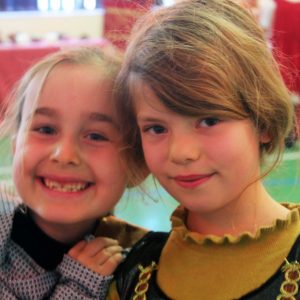 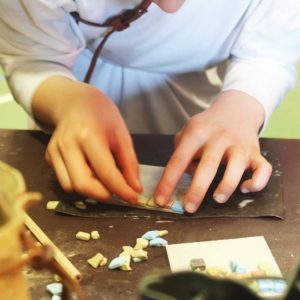 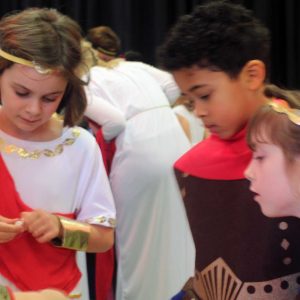 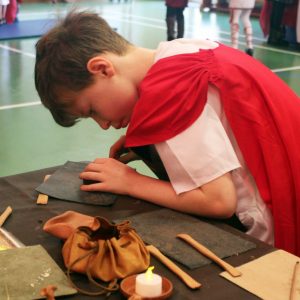 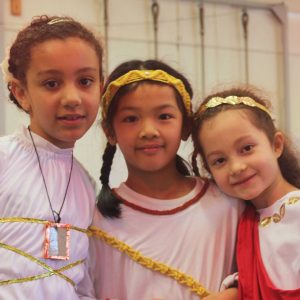 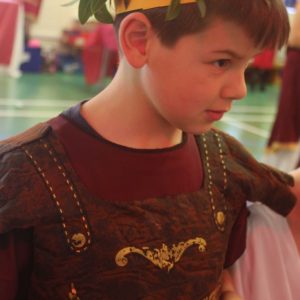 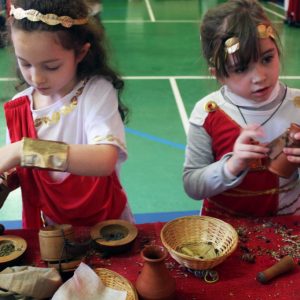