Congratulations to our Lower and Upper School choirs for winning trophies in both of their sections at the Leith Hill Music Festival on Saturday.

Both the Lower School choir and Senior choir arrived early at Dorking Halls to participate in the festival. Although nervous about singing in such a large venue both choirs were ready for the challenge. First were the choirs in the Under 7 age category. The children stood proudly and were focused on their performance. They sang two songs – ‘It’s Raining’ and ‘Quiet Games’.

The adjudicator for the day was Ben Costello a well-known singer and teacher, who has many pupils in the West End. He said their singing had ’crisp diction and the melodramatic mood was caught well. Their performance was great fun!’ After all the choirs performed, he awarded Micklefield Lower School choir with the trophy. A great success for the choir’s first public performance.

Later in the morning the Senior Choir were prepared for their performance. They sang ‘Remember Me’, a poignant setting of the Christina Rossetti poem, and ‘Brave’ by Sara Bareilles. A song to inspire everyone to be who they want to be.

From the very first note the choir showed their ability to perform. In his adjudication, Ben said that they were very expressive, with well-balanced harmony, this was then contrasted by the motivation and resilience of their second song. Again Micklefield were successful in being awarded the trophy for their section!

We were all so proud of the children in, not only how they sang, but also how they presented themselves on stage with quiet confidence and presence. Well done to both choirs. 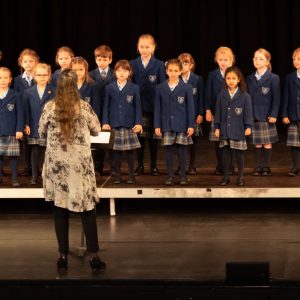 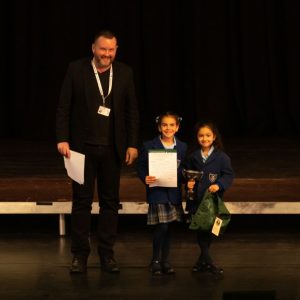 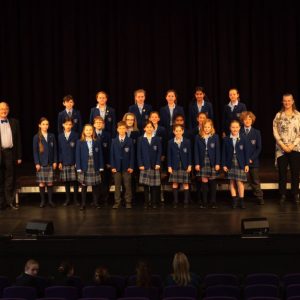 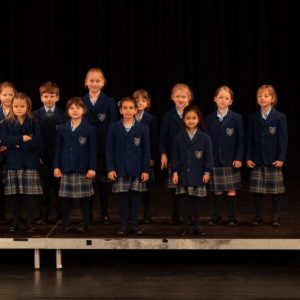 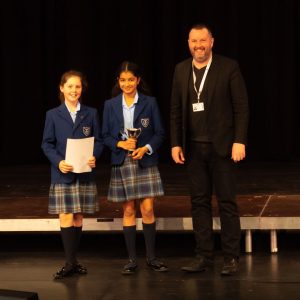 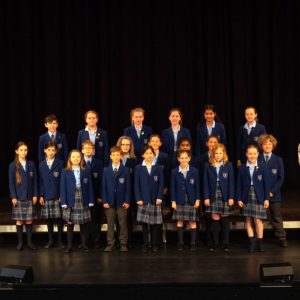