There was much excitement in Micklefield School yesterday as we had a film crew for BT Sport in to finish filming for the documentary, ‘Brothers in Football’. The documentary focusses on the link between England’s highest ranked amateur football team, Corinthian-Casuals and the biggest football club in South America, Corinthians Paulista.

We are lucky to have Mr. Bracken, who plays professionally for the Corinthian-Casuals, teach football at Micklefield School. Mr. Bracken was given the opportunity to complete a tour of Brazil and play against Corinthians Paulista on live TV, in front of a crowd of 30,000 spectators! Whilst in Brazil, a film crew followed the team throughout the week as they visited favelas, a children’s hospital and attended various events. The film crew have continued to follow the working lives of some of the players, including Mr. Bracken and wanted to capture him teaching our children during a PE lesson in school.

As background – the Corinthians-Casuals Football Club was formed in 1939 following the merger of two great amateur sides, Corinthian FC and Casuals FC. The Corinthians were founded in 1882 and within four years, calling on the best amateurs from the public schools and universities, there were nine Corinthians in the England national team. Twice, the national squad consisted of all Corinthian players. The Corinthians went on to challenge some of the top professional teams including, in 1904, beating Manchester United 11-3, still their worst defeat! They also took football round the world, touring in South Africa, Canada, the United States, South America and across Europe, including Hungary, Czechoslovakia, Spain, Holland, Denmark and Germany.

In 1910, after a visit to Sao Paulo in Brazil, the locals were so impressed they immediately founded a Corinthians of their own, Sport Club Corinthians Paulista, now one of the most successful clubs in South America, who in 2012 beat Chelsea to become World Champions. In 1914, The Corinthians returned to Brazil to play against the newly formed Brazilian Corinthians, however because of the outbreak of World War 1, the team had to return to England to fight for their country. Many of the Corinthian-Casuals team players died on the battlefields. Never forgotten!

The documentary will be aired on BT Sport on the 10 November to commemorate Remembrance day. Don’t miss it! 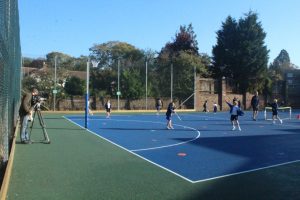